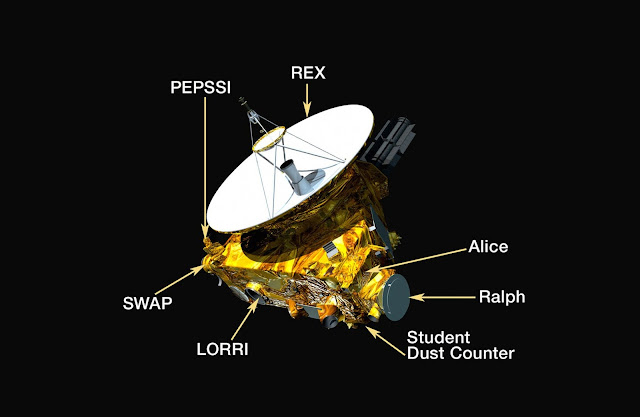 In what may rewrite science books soon, NASA’s New Horizons mission – launched in 2006 and has travelled over 4.8 billion km so far at the speed of 45,000 km per hour – fly past the mysterious dwarf planet on Tuesday.

Crossing Pluto from a distance of about 12,500 km at around 5.30 p.m. (Bangladeshi standard Time), the mission is expected to beam back key images of Pluto’s surface to Earth in about nine hours – the time it takes the communication to reach Earth from Pluto.
The images will also help scientists explore the mysterious Kuiper Belt.
It is a huge band of planetary debris left over from the solar systemÂ’s formation 4.5 billion years ago.
The most dangerous hazards for the probe are dust particles trapped in orbit around Pluto and a strike can hit the spacecraft, scientists said, but added that such a risk is very low.
The first images will be debut on Facebook-owned photo-sharing website Instagram, NASA has announced.
Â“We made an editorial decision to give the world a sneak peek of the image on Instagram,Â” NASA social media manager John Yembrick told  wired.com.
On board the New Horizons are seven sophisticated science instruments and the ashes of Clyde Tombaugh, the astronomer who discovered Pluto in 1930.
NASA was expecting a dark grey icy planet but the probe found it is red and appeared to be oxidised like Mars.
Earlier, the New Horizons probe settled one of the most basic questions about Pluto – its size. Mission scientists have found Pluto to be 2,370 km in diameter, somewhat larger than many prior estimates.
Images acquired with the Long Range Reconnaissance Imager (LORRI) on board the New Horizon probe were used to make this determination.
The result confirms that Pluto is larger than all other known solar system objects beyond the orbit of Neptune, the US space agency said in a statement.
Â“The size of Pluto has been debated since its discovery in 1930. We are excited to finally lay this question to rest,Â” said mission scientist Bill McKinnon from Washington University in St Louis.
PlutoÂ’s newly estimated size means that its density is slightly lower than previously thought, and the fraction of ice in its interior is slightly higher.
Measuring PlutoÂ’s size has been a decades-long challenge due to complicating factors from its atmosphere.
Its largest moon Charon lacks a substantial atmosphere, and its diameter was easier to determine using ground-based telescopes.
New Horizons observations of Charon confirm its previous estimated size of 1,208 km across.
Two other moons – Nix and Hydra – were discovered using the Hubble Space Telescope in 2005.
Nix is estimated to be about 35 km across while Hydra is roughly 45 km across.
These sizes lead mission scientists to conclude that their surfaces are quite bright, possibly due to the presence of ice.
PlutoÂ’s two smallest moons, Kerberos and Styx, are smaller and fainter than Nix and Hydra and are harder to measure, the US space agency said.
[More Photos and Bangla(BN) Blog Coming Soon.]
FacebookTwitterReddit